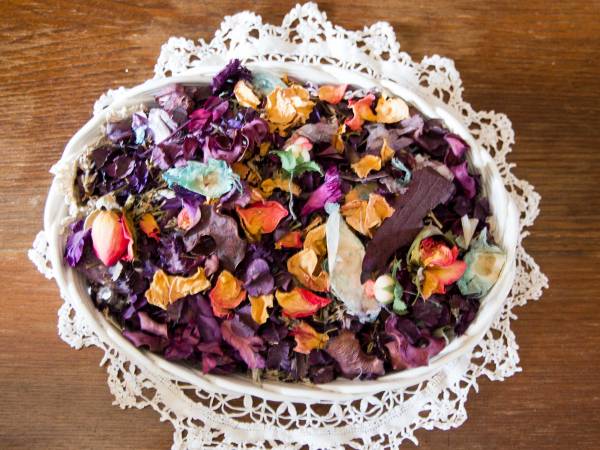 This blog post is just a random collection of little things that I’ve been working on over the past week that really don’t deserve a full blog post.

Stranger Things
So I started watching Stranger Things Season 2 over the past weekend.  Right now, I’m really enjoying it.  The first episode is reestablishing the characters and introducing new characters.  I like the vibe of the show, so far, even after only one episode.  It is like getting reacquainted with old familiar friends after a long hiatus.  There’s a lot of 80s nostalgia that is really forefront in this episode and also several new characters seem like a good mix for the show.  I can’t wait to see how it progresses.

iPhone 7
So my iPhone appears to be utterly and truly dead.  After talking with Apple, I’m going to have to take it to a local authorized Apple Dealer and see if they have a phone in stock that I can exchange with it, or if I’m going to have to wait for Apple to send me a replacement.  Ugh, very frustrating.  I’m just grateful that it was in the 1 year warranty period for the phone.  I’ll keep you up-to-date on the phone situation.  I did, by the way, have a great Technical Support experience and the Apple Advisor was very patient with me as we went through the process.  I greatly appreciated that!

Star Trek Next Generation – First Season
I’ve started STNG and the first season is much “rougher” than I remember.   I knew Worf’s prosthetics & makeup underwent a redesign, but it looks worse during the first season than I remember.  Also, many of the trademark elements that made STNG what it was were either still being formed or hadn’t yet been implemented, so the show feels like an “empty shell” rather than the rich, inventive show that I remember.

Well, that’s all for now–this post will have to be short and sweet.  Till next time! 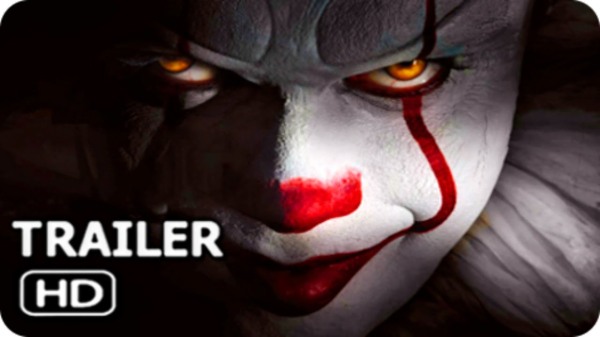 Okay, so I’m cheating a little with this one.  “IT,” the upcoming movie based on the Horror novel by Stephen King did make an appearance at Comic Con, but it was in a panel session and did not release a trailer to the public over the weekend (I think they called it the “IT” Experience).  However, yesterday they released a super-creepy official trailer to go with their super-creepy teaser trailer from earlier in the year.  So I’m going to feature it in Comic-Con week even though the trailer released afterwards.

So this movie–IT Movie Trailer–looks to be a full-on horror movie.  I don’t really like horror movies, but having said that, I may try to see this in the theaters.  I’m still undecided.  The thing that I like about this one is that, like Stranger Things, it follows a cast of children trying to overcome the “Big Bad” in the small town of Derry where they live (in this case a clown).  Stranger Things was influenced a lot by the works of Stephen King and I really enjoyed the themes and way that ST turned out.  From the trailers, this movie seems to have been inspired by ST, but wants to amp up the scare factor.  And that’s where I may have to “tap out.”  I may have mentioned it before, but I’m more into suspense than pure horror in that I prefer a mystery (it can be a creepy mystery), but I like there to be a problem to be solved rather than feeling horror and dread for characters.  I can’t quite tell which way this movie is leaning as there are aspects of both the creepy mystery angle and horrific jump-scares in both of the trailers.

Another thing is (again) the nostalgia factor.  I have read the novel (it’s been some time ago, however) and I have watched the TV movie version from the 1980s(?).  So I’m fairly familiar with the characters, plot, and conflicts, but I’d like to see the 2017 take on the work to see how it stacks up to the other forms that the story has taken.  And even if I don’t see it in the theater, I will probably see it at some point just for “completeness” sake. 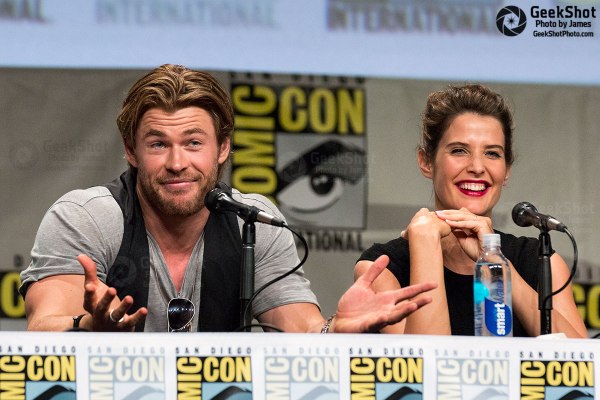 So the San Diego Comic-Con (SDCC) or Comic-Con as it is usually referred to, happened this week and this is a celebration of all things comic book related, but also it is a huge intersection for Science Fiction and Fantasy.  While I’m not really a “con” guy myself, I still have found myself drawn to Comic-con because of all the announcements and trailers of upcoming Sci-Fi, Fantasy, and Comic Book movie properties in the past few years.

So this week, like E3, I’m going to take a moment to highlight some of my favorite announcements/trailers from the convention.  Today it’s going to be Stranger Things, Season 2.  My understanding is that this series (Netflix only) appears on Halloween (Oct. 31) and I’m pretty stoked about it.

Even though I’m linking the trailer in this blog post–Stranger Things, Season 2 Trailer–I haven’t watched it all the way through.  In fact, I’ve only seen about the first 10 seconds (the very first scene in the trailer).  If you watch those 10 seconds, you’ll see the kids peering into an arcade cabinet and playing a video game, Dragon’s Lair (pictured above).  That video game is one that I played when I was a kid (& bought on my PS3 when it was offered for sale digitally). To steal a line from popular culture, “They had me at Dragon’s Lair.”  I’m in.  I’m hoping that it won’t veer too far into the realm of horror and that it will stay creepy and thrilling without getting to gory, but we’ll see. 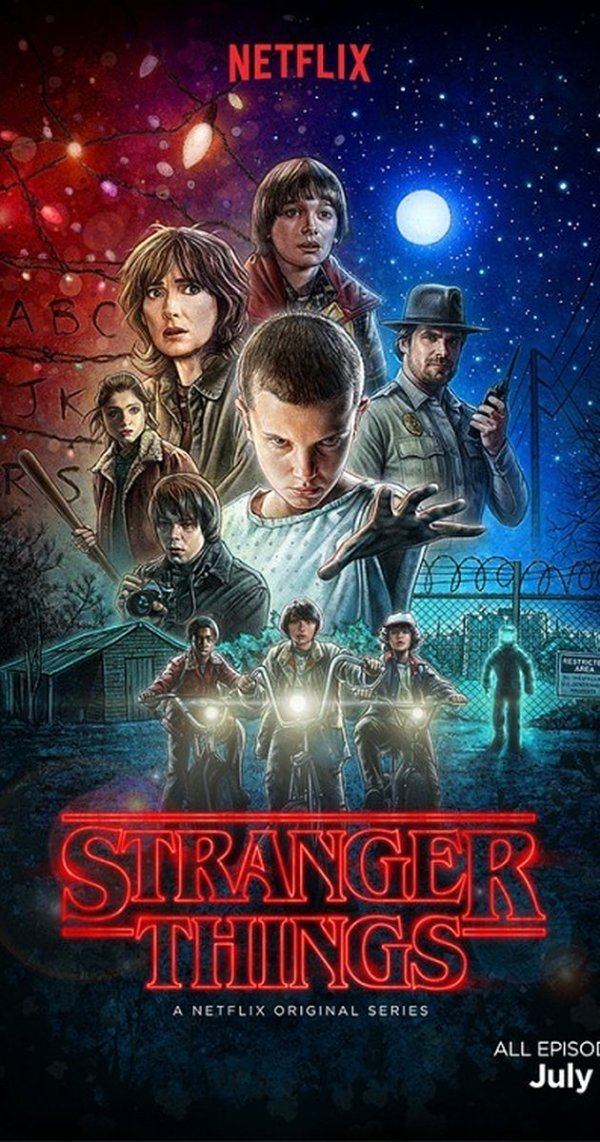 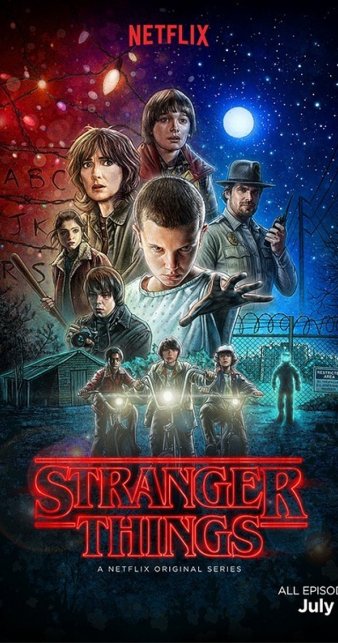 HORROR FOR A NON-HORROR FAN

I just finished watching Season 1 of Stranger Things (ST) and I enjoyed it quite a bit.  I was afraid that the series wasn’t going to live up to the hype set up by online fans of the show.  However, after watching all eight episodes, I have to say that I really did come to enjoy it.  It started a bit slowly for me (Episodes 1-3), but the middle episodes (4-6) really ratcheted up the tension and while the resolution was good (7-8), they weren’t nearly as impactful as the middle episodes in my opinion.  This, I think, is why I didn’t rate it higher.  When it is good, it is excellent, but the slow beginning and the not as impactful ending really made the show seem not as suspenseful as it could have been.  Now, I didn’t “binge” watch it, but rather watched it one episode at a time on Saturdays (as a reward to myself for getting through a “hard” week), so perhaps that had something to do with it, but in my mind, a really good series should be able to be watched either one episode at a time or “binged” watched without it making a difference.

The one thing that the show really gets right (and makes the bulk of the middle episodes) is the idea of mystery and suspense.  These episodes drip feed the story to the viewer in just the right amount of atmosphere, suspense, mystery, character development, and plot progression.  We discover more about the characters, the world, the mystery of what is going on, and how all of this came to be in the middle episodes and that is what makes this show so great.  While there are horrific elements, the goal is less on trying to scare the viewers and more on creating tense and suspenseful encounters to place the characters and I really appreciated that as a viewer.

Okay, so I’m not really a “Horror” fan.  When I say that, I mean that while I have read some horror novels and seen some horror movies, they do not make up a major component of my genre experience (unlike Fantasy and Science Fiction).  I read authors such as Dan Simmons (in his “Horror” phase) and British author James Herbert (who would now be considered Dark Fantasy instead of Horror).  I’ve also seen movies such as Alien and others like it, but in general I prefer the feeling of wonder and excitement to that of dread and horror.

I used to read Stephen King (his 80’s and 90’s work) and ST gives me a Stephen King “Lite” vibe.  It has a construction of a less intense and less horrific version of Stephen King’s It.  I think that it is the focus on suspense rather than horror that really helped me to become invested in the series.

GOOD RESOLUTION (FOR THE MOST PART)

I liked the ending, although I have to confess, that I wanted the “love” subplot to go differently than it turned out.  The resolution of that subplot seemed forced and cliche and relied on a character change that wouldn’t have happened in real life based on the way the original boyfriend acted in the earlier episodes.  The character does a complete 180 change in behavior that was hard for me to accept based on his earlier behavior.  Also, the creators set up the early episodes giving the “new” love interest a lot of pathos by showing his backstory, his motivations, etc., but because of the old boyfriend’s abrupt change in behavior, this doesn’t go anywhere.

The ending of the main plot, however, seemed to end well and left itself open for a sequel, as shown by the Super Bowl Ad.  It definitely seems that while things resolved, it doesn’t seem like the sequel will be forced or unnecessary.   I’m actually looking forward to it.  I think it will take the show into some very interesting places.

RATING: Season 1 Grade: B+ (Above Average)

If you like suspense and mystery and don’t mind a few chills and scares, then this is a great show to watch.  Even though the cast includes a mix of child and adult actors, they all do a great job and are completely invested in the world that the show runners created.  I look forward to Season 2 later this year.

IMPLICATIONS FOR MY WRITING

I learned that putting characters that I like into dangerous situations helps to create suspense because you’re invested in that character and you don’t want to see anything bad happen to that character.  This tension is what creates suspense and why I think that the middle episodes (4-6) are so good.

Also, I learned that I shouldn’t change a character’s behavior mid-way through without a good reason (perhaps externally).  The show runners obviously wanted to show that the “old” boyfriend had a change of heart, but his change wasn’t earned well enough/strong enough (in my mind) to result in the change that occurred.  I need to remember to make any change in the character that deviates radically absolutely explicit to the reader to make the reader believe that the character could change realistically in the way I show by clearly showing the internal/external struggle that forces that change.